Tyrande
High Priestess of Elune
Tyrande Whisperwind strikes fear into all who wish ill of the Kaldorei. As the highest ranking Sentinel and High Priestess of Elune, she is not only the Night Elves' most deadly warrior, but also their most cunning leader.
Trait
Hunter's Mark
Cooldown: 20 seconds

Reveal a non-Structure enemy and reduce their Armor by 15 for 4 seconds.

Passive: Tyrande's Basic Attacks heal her for 1% of her maximum Health, doubled against targets with Hunter's Mark.
Abilities
Light of Elune
Mana Cost: 15
Cooldown: 16 seconds
Heal an ally Hero for 270. Light of Elune's cooldown is reduced by 1.5 seconds every time Tyrande hits an enemy with a Basic Attack or damages an enemy Hero. 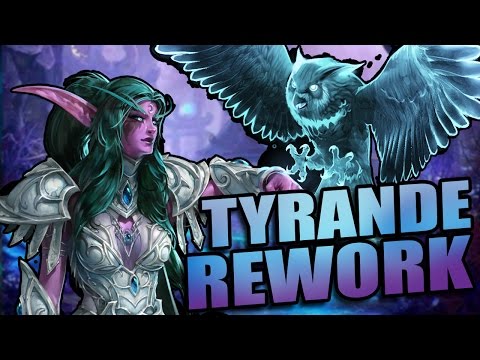