Ragnaros
The Firelord
As the lord of Azeroth’s fire elementals, Ragnaros desires nothing more than to burn the world to ash. Banished to the Firelands eons ago, the Firelord now turns his rage toward the Nexus, intent on incinerating everything and everyone within it.
Trait
Molten Core
Cooldown: 120 seconds

Channel on an allied or destroyed Fort or Keep to replace it with Ragnaros's ultimate form, temporarily gaining new Abilities, having 3996 Health that burns away over 18 seconds.

Ragnaros returns to his normal form upon losing all Health in Molten Core.
Abilities
Empower Sulfuras
Mana Cost: 25
Cooldown: 4 seconds
Ragnaros's next Basic Attack is instant, dealing 191 Ability damage in an area, and heals for 20% of the damage dealt. Healing doubled versus Heroes. 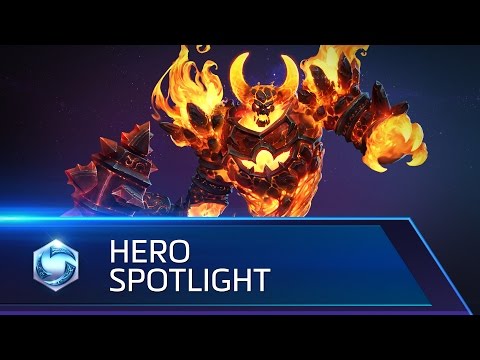