Probius
Curious Probe
Since his activation, Probius has always wanted to prove himself. He may be small, but he made a big difference by warping in a critical pylon during the retaking of Aiur. As the bravest of probes, Probius is eager to fulfill his purpose in the Nexus.
Trait
Warp In Pylon
Cooldown: 14 seconds.

Warp in a Pylon that generates a Power Field and grants vision of the surrounding area. Probius only regenerates Mana while inside a Power Field. Enemy Heroes and Minions drop Minerals when killed. Gather Minerals to reduce the cooldown of Warp In Pylon by 0.75 seconds.

Up to 2 Pylons can be active at a time.
Abilities
Disruption Pulse
Mana Cost: 75
Cooldown: 3 seconds
Fire a burst of energy forward, dealing 142 damage to all enemies it passes through.

Hitting the center of a Warp Rift will cause it to explode, dealing additional damage.
Warp Rift
Mana Cost: 150
Cooldown: 6 seconds
Open an unstable Warp Rift at a location that takes 1.25 seconds to arm, which then slows nearby enemies by 25%, lasting 3 seconds.

Armed Warp Rifts explode when they expire or when hit by Disruption Pulse, dealing 261 damage to nearby enemies.
Photon Cannon
Cooldown: 15 seconds
Warp in a Photon Cannon that deals 105 damage. Lasts 13 seconds.

While within a Pylon’s Power Field, Photon Cannons gain 40% Attack Speed over 4 seconds and reveal nearby enemies.
Worker Rush
Cooldown: 30 seconds
Activate to gain an additional 60% Movement Speed for 5 seconds. Taking damage ends this effect early. Worker Rush is always active while at the Hall of Storms.

Passive: Probius moves 10% faster by hovering over the ground.
Heroics
Pylon Overcharge
Mana Cost: 100
Cooldown: 80 seconds
For 8 seconds, increase the size of Pylon power fields and allow them to attack enemy Heroes within it for 96 damage per second. Pylons are Invulnerable for the duration.
Null Gate
Mana Cost: 100
Cooldown: 25 seconds
Vector Targeting
Project a barrier of negative energy in the target direction that lasts 4 seconds. Enemies who touch the barrier take 76 damage per second and are Slowed by 80% for as long as they remain in contact with it.
see all builds Warp Resonance Turbo Charged Rift Shock Pylon Overcharge Shield Battery Quantum Entanglement Construct Additional Pylons 2,395 views
0 yays
0 comments McIntyre's Competitive Probius Build - V2 by  McIntyre on 05/23/2018 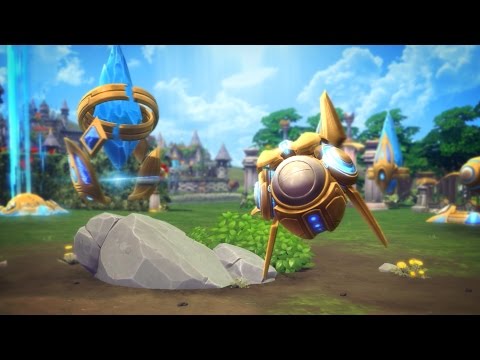 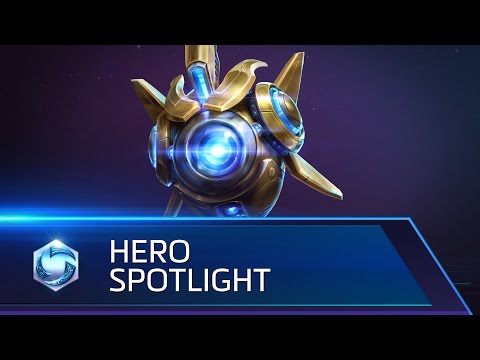 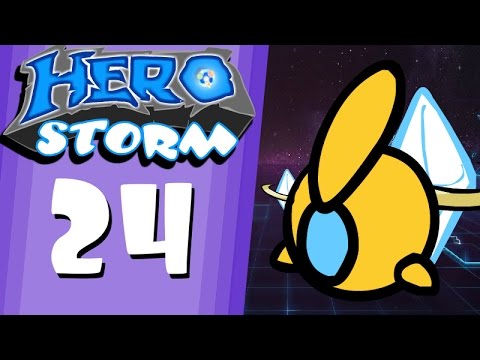