Kael'thas
The Sun King
Like all Blood Elves, Prince Kael'thas was transformed by the fall of Quel'thalas. Desperate to save his people from being consumed by their magical addiction, he joined forces with the Burning Legion and now lords over Tempest Keep.
Trait
Verdant Spheres
Cooldown: 6 seconds

Verdant Spheres increases the radius by 50%.

Living Bomb
Mana Cost: 50
Cooldown: 10
Deal 126 damage over 3 seconds to an enemy, then they explode dealing 215 damage to all nearby enemies. Other Heroes damaged by this explosion are also affected by Living Bomb, though the secondary explosions cannot spread.

Verdant Spheres makes this Ability cost no Mana and have no cooldown.

Heroics
Phoenix
Mana Cost: 80
Cooldown: 60
Launch a Phoenix to an area, dealing 78 damage to enemies along the way. The Phoenix persists for 7 seconds, attacking enemies for 78 damage and splashing for 39 damage.

Pyroblast
Mana Cost: 80
Cooldown: 100
After 1.5 seconds, cast a slow-moving fireball that deals 810 damage to an enemy Hero and 405 damage to enemies nearby. 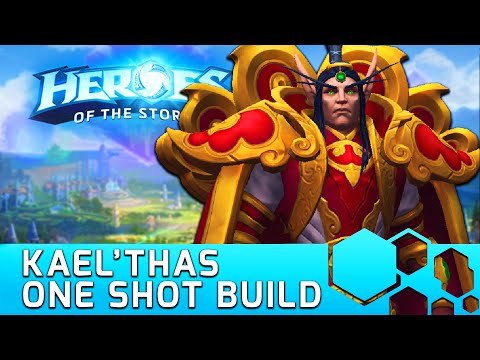 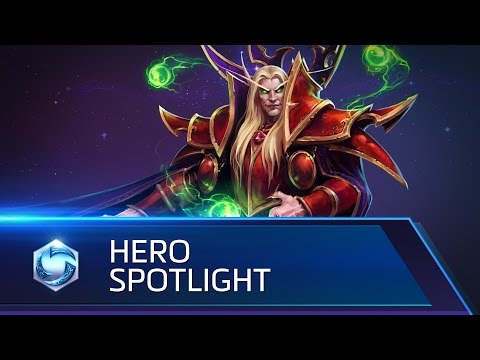 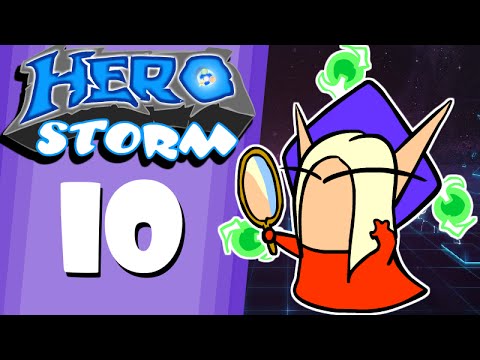