Junkrat
Junker Demolitionist
The destruction of the Australian omnium left the area an irradiated waste and survivors like Jamison Fawkes were greatly affected by radiation. Now as the explosive-obsessed criminal Junkrat, he is renowned for leaving havoc and bedlam in his wake.
Trait
Total Mayhem
Upon dying, drop 5 grenades that explode after 0.75 seconds, each dealing 250 damage to nearby enemies. Deals 75% less damage to Structures.

Detonate Mine.
Detonate an active Concussion Mine.
Abilities
Frag Launcher
Cooldown: 12 seconds
Launch a grenade that explodes at the end of its path or upon hitting an enemy, dealing 124 damage to nearby enemies. Grenades can ricochet off of terrain. Deals 50% less damage to Structures.

Stores up to 4 charges. Frag Launcher's cooldown replenishes all charges at the same time.
Concussion Mine
Cooldown: 16 seconds
Place a mine on the ground. Junkrat's Trait can be activated to detonate the mine, dealing 180 damage to nearby enemies and knocking them back. Junkrat can also be affected by Concussion Mine, but takes no damage.

Limit 1 active mine.
Steel Trap
Cooldown: 12 seconds
Place a trap on the ground that arms after 2 seconds. Deals 130 damage to the first enemy that walks over it and Roots them for 2 seconds.

RIP-Tire can be reactivated to detonate immediately, knocking nearby enemies back and dealing 720 damage to enemies near the center gradually reduced to 445 to enemies on the edge.
Rocket Ride
Cooldown: 75 seconds
After 1.25 seconds, Junkrat launches into the air. While in the air, he can steer the landing location by moving.

“Concussion Mine and Steel Trap can both function as excellent vision tools! Use them to watch/block rotations and camps!”
We need more legendary users to weigh in!
Are you sure you want to delete this note? 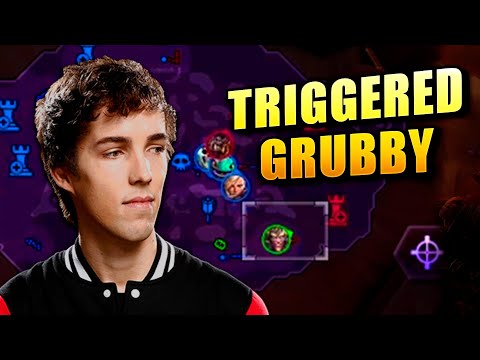 Decisions that can cost the game! | Junkrat Gameplay w/ Grubby - Heroes of the Storm 2021 Gameplay - YouTube 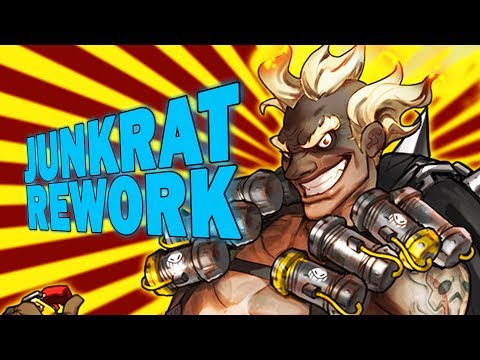 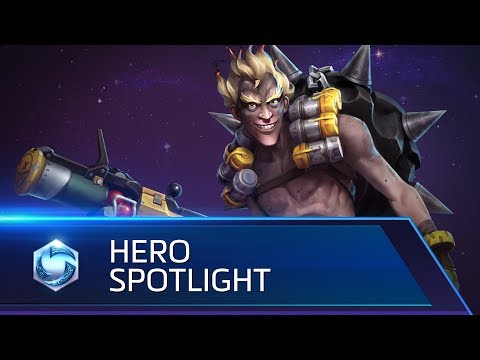