Johanna
Crusader of Zakarum
There have been many women who have borne the name Johanna in service of the crusade, and each has given her life to purify her faith. Johanna carries on their legacy as she searches the kingdom of Khanduras for the fallen star.
Trait
Iron Skin
Cooldown: 22 seconds

Activate to grant Johanna a Shield that absorbs 810 damage for 4 seconds. While this Shield is active, Johanna is Unstoppable.
Abilities
Punish
Mana Cost: 40
Cooldown: 8
Step forward dealing 113 damage and Slowing enemies by 60% decaying over 2 seconds.

Condemn
Mana Cost: 50
Cooldown: 10
After 1 second, Johanna pulls nearby enemies toward her, Stunning them for 0.25 seconds and dealing 55 damage. Deals 200% increased damage to Minions and Mercenaries.

Heroics
Falling Sword
Mana Cost: 60
Cooldown: 50 seconds
Johanna leaps into the air for 2 seconds and she can steer the landing location by moving. While in the air, allies below Johanna are Unstoppable. Upon landing enemies hit take 225 damage and are Stunned for 0.25 seconds.
Blessed Shield
Mana Cost: 90
Cooldown: 60 seconds
Deal 114 damage and Stun the first enemy hit for 1.5 seconds. Blessed Shield then bounces to 2 nearby enemies, dealing 57 damage and Stunning them for 0.75 seconds. 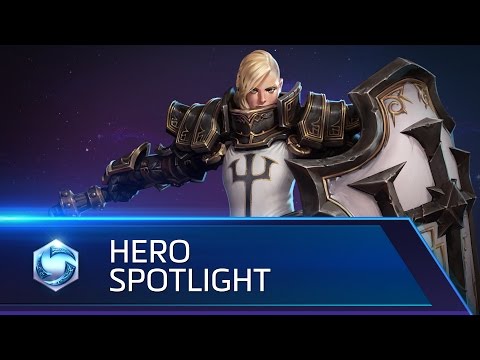 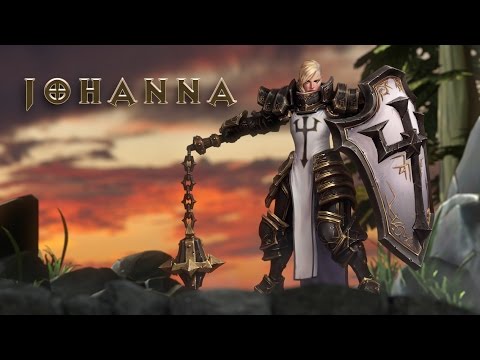 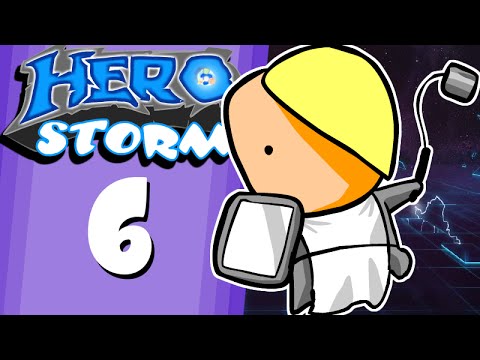