Hanzo
Master Assassin
Once heir to the Shimada clan's criminal empire, Hanzo abandoned his birthright after he almost killed his younger brother. He now strives to perfect his skills as a warrior, and sees the Nexus and its endless conflict as the ideal training ground.
Trait
Natural Agility
Cooldown: 25 seconds

Jump over unpathable terrain or Structures, up to a maximum range.
Abilities
Storm Bow
Mana Cost: 20
Cooldown: 4 seconds
Activate to charge an arrow that deals 291 damage to the first enemy hit. Storm Bow's range increases the longer it is Channeled.
Scatter Arrow
Mana Cost: 50
Cooldown: 8 seconds
Fire an arrow that deals 88 to the first enemy Hero hit. Scatter Arrow can collide with terrain and Structures, splitting into 5 arrows that travel extra distance, ricochet up to 4 additional times, and deal 88 damage each to the first enemy hit.
Sonic Arrow
Mana Cost: 50
Cooldown: 20 seconds
Fire an arrow that grants vision in a large area for 5 seconds. Enemies inside are revealed for 1 second. If Sonic Arrow lands directly on an enemy, it deals 165 damage to them and follows them as they move.
Heroics
Dragonstrike
Mana Cost: 60
Cooldown: 60 seconds
After 1.5 seconds, summon a pair of Spirit Dragons which travel forward, dealing 84 damage every 0.25 seconds to enemy Heroes in its area. Enemies in the center take 75% increased damage.
Dragon's Arrow
Mana Cost: 90
Cooldown: 70 seconds
Fire a missile that travels across the battleground. Explodes upon hitting an enemy Hero, dealing 130 damage to all nearby enemies and Stunning them for 0.5 seconds.

After traveling a medium distance, the damage is increased to 260 and the Stun duration to 1.25 seconds.

After traveling a long distance, the damage is increased to 390 and the Stun duration to 2 seconds.
see all builds Redemption Ignore All Distractions Sharpened Arrowheads Dragon's Arrow Fleet of Foot Flawless Technique Play of the Game 4,121 views
3 yays
0 comments EMERGENCY HANZO BUILD - BREAK GLASS IN CASE OF TRACER BAN by  Mochrie on 03/11/2019

I legendary notes
By Homi on 11/13/2018
“Once you get pierce, don't forget to check if there's a new angle for max DPS when mercing. There's usually an angle you can get to make your W hit the mercs 14+ times as opposed to normal 7”
We need more legendary users to weigh in!
Are you sure you want to delete this note? 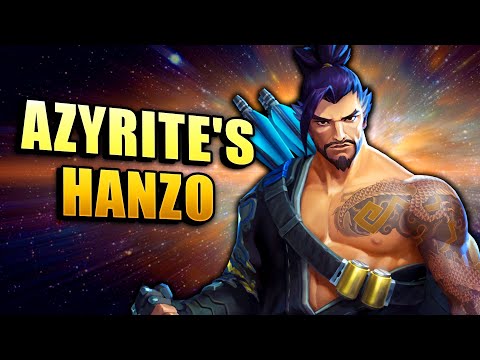 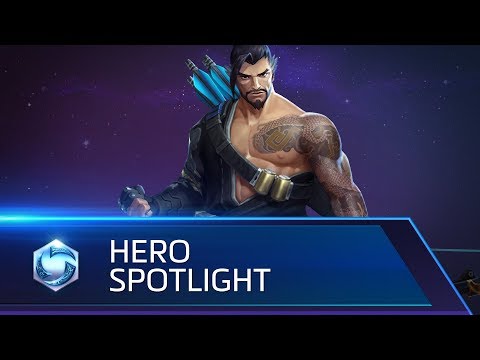