Deathwing
The Destroyer
One of the five Dragon Aspects and the leader of the Black Dragonflight, Neltharion the Earth-Warder was once a protector of Azeroth. During the War of the Ancients, he was driven mad by the Old Gods and turned against his former allies. Now known as Deathwing the Destroyer, he has found his way to the Nexus where his limitless rage drives his ultimate goal of widespread destruction and the eventual end of all living things.
Trait
Aspect of Death
Cooldown: 20 seconds

Deathwing is fitted with 4 Armor Plates which grant 10 Armor each. Every 25% Health lost causes Deathwing to lose a plate. Plates are only restored when Dragonflight is used, based on the amount of Health Deathwing has when landing.

Deathwing is also a mighty Dragon Aspect who is permanently Unstoppable and deals 100% additional Spell Damage to Heroes, but views his allies with contempt and ignores any of their friendly effects.
Abilities
Form Switch
Cooldown: 20 seconds
Switches Deathwing between Destroyer and World Breaker forms, each granting access to two unique Basic Abilities.

Incinerate damages enemies around Deathwing and Onslaught allows him to lunge at enemies.

World Breaker: Lava burst
Create a lava pool that damages and Slows
Onslaught (Destroyer Form)
Mana Cost: 20 Energy
Cooldown: 5 seconds
After 0.5 seconds, Deathwing lunges in a direction, dealing 38 damage to enemies and Slowing them by 35% for 2 seconds. Deathwing bites enemies at the end of the lunge, dealing an additional 72 damage.

World Breaker: Earth Shatter
Damage and Stun enemies in two lines.
Lava Burst (World Breaker Form)
Mana Cost: 15 Energy
Cooldown: 6 seconds
After a 1 second delay, deal 30 damage to all enemies in an area and create a pool of magma that deals 24 damage per second and Slows enemies by 35%. Lasts 6 seconds. 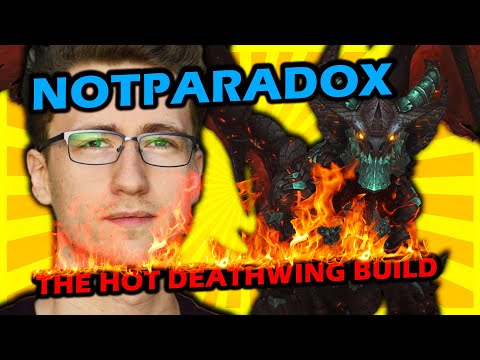 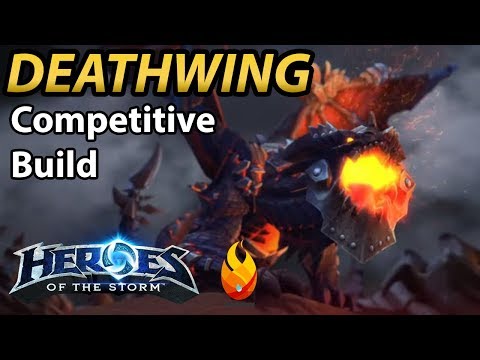