Azmodan
Lord of Sin
The Lord of Sin rules over a densely populated land of hell where both the greatest joys and despair, and the deepest depravities can be experienced. But it is never enough for Azmodan, who has set his eyes on the realm of Sanctuary.
Trait
Demon Lieutenant
Cooldown: 60 seconds.

Usable while Channeling All Shall Burn.
Abilities
Globe Of Annihilation
Mana Cost: 70
Cooldown: 10 seconds
Shoot a globe of destruction, dealing 176 damage on impact.

Quest: Hitting a Hero or killing a Minion within 1.5 seconds of being hit by Globe of Annihilation grants 2 Annihilation.

Reward: Each stack of Annihilation increases Globe of Annihilation’s damage by 1, up to 400.
Summon Demon Warrior
Mana Cost: 25
Cooldown: 10 seconds
Spawn a Demon Warrior that marches forward. Warriors deal 35 damage per Attack and 18 damage to nearby enemies every second. Lasts for 10 seconds.

Usable while Channeling All Shall Burn.
All Shall Burn
Mana Cost: 25
Cooldown: 6 seconds
Channel a beam of death on an enemy, dealing 128 damage per second for 2.5 seconds. If the Channel lasts its full duration, deal an extra 340 damage to the target.

Azmodan's Movement Speed is reduced by 30% while Channeling.
Heroics
Demonic Invasion
Mana Cost: 60
Cooldown: 100 seconds
Rain a small army of Demonic Grunts down on enemies, dealing 85 damage per impact. Grunts deal 39 damage, have 750 Health and last up to 10 seconds. When Grunts die they explode, dealing 40 damage to nearby enemies, doubled against enemy Heroes.

Usable while Channeling All Shall Burn.
Tide of Sin
Mana Cost: 100
Cooldown: 20 seconds
Activate to make the next Globe of Annihilation cost no Mana and deal 50% more damage.

HeroesHearth Co-Founder | Support Pleb
“Sometimes, you don't have to Q a wave. Oh wait, I'm wrong. You always do.”
We need more legendary users to weigh in!
Are you sure you want to delete this note? 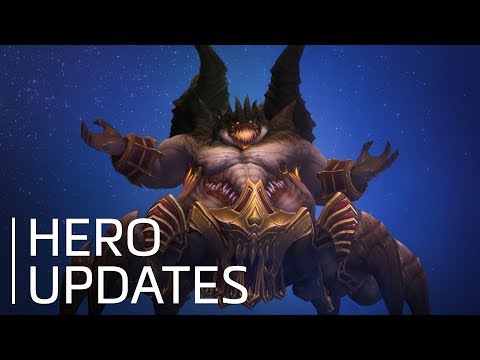 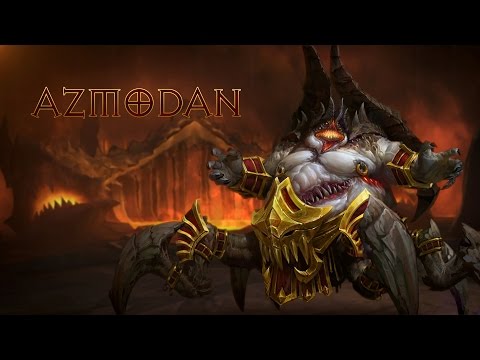