Anduin
King of Stormwind
As a young man, Anduin sought peace as a priest of the Holy Light and an envoy of the Alliance. After his father, Varian, fell to the Burning Legion, Anduin took up the crown as High King of the Alliance. He soon learned that peace must be fought for, even in the Nexus.
Trait
Leap of Faith
Cooldown: 70 seconds

Faith instantly pulls an allied Hero to Anduin's location, granting them Unstoppable while they travel.

Basic Attacks against enemy Heroes heal the lowest Health allied Hero near Anduin for 32.
Abilities
Flash Heal
Mana Cost: 20
Cooldown: 5 seconds
Cast for 0.75 seconds to heal an allied Hero for 280.
Divine Star
Mana Cost: 50
Cooldown: 10 seconds
Send light that deals 140 damage to enemies and then returns to Anduin, healing allied Heroes for 130 in a wider path. Healing increases by 25% per enemy hero hit.
Chastise
Mana Cost: 40
Cooldown: 9 seconds
Shove a swell of light forward, dealing 175 damage to the first enemy Hero hit and Rooting them for 1.25 seconds.
Heroics
Holy Word: Salvation
Mana Cost: 70
Cooldown: 80 seconds
After 0.5 seconds, channel to invoke the Light for 3 seconds. While nearby, allied Heroes heal for up to 30% of their max Health and are Protected.
Lightbomb
Mana Cost: 70
Cooldown: 60 seconds
Imbue an allied Hero with Light. After 1.5 seconds, it explodes, dealing 150 damage to enemies and Stunning them for 1.25 seconds. 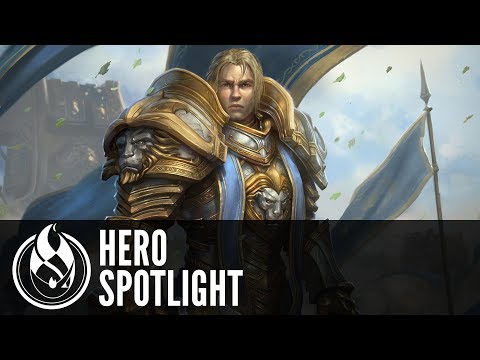 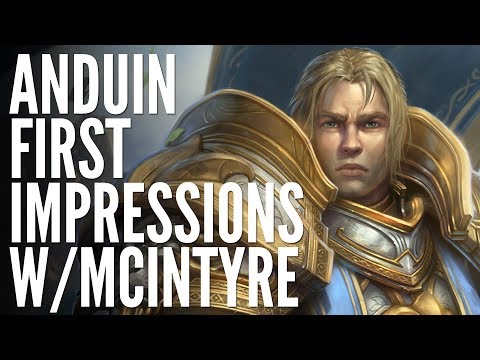 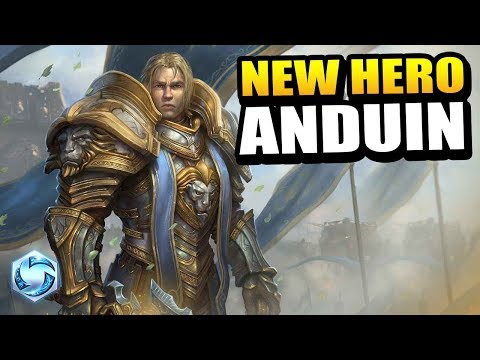