Math of the Storm

Hey Guys, ChaosOS again to talk about the new map Volskaya and the newest map balance changes! Check out the official overview for a basic view of the map.


Today’s spreadsheet can be found here. You can also check out the updated NPC scaling sheet with all of the newest balance changes here.


For context, the Impaler/Trooper (triple siege) camp has long been held as significantly worse than the Siege Giant (double siege) camp. This was both due to the low base damage of the Khazra but also the lack of splash on their basic attacks relative to the Siege Giants.

The early game health nerf is a fairly small one, rising up to a 7.25% nerf 5:00 in and equalizing with pre-patch numbers at 15:00. Each individual Khazra has about 80% of a siege giant’s health (~75% at 2:00 in, ~85% at 20:00 in), which means that the Khazra camp is significantly harder to clear with purely single target damage but remains easier to kill with AoE damage. 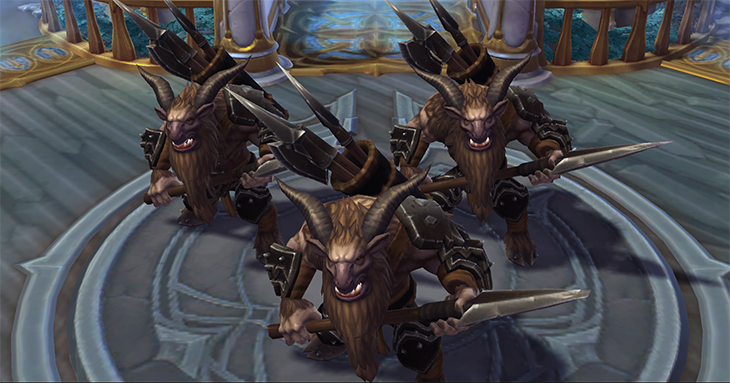 The patch notes are misleading about the damage buff, though. The initial 2:00 Khazra camp only saw an 8% increase to their damage output, from 150 DPS for the full camp to 162 DPS. By comparison, Siege Giants at 2:00 do 183 DPS for the full camp, not including splash.

The Siege Giant camp still retains a distinct advantage in pushing a lane due to their splash which the Khazra lack. Thus, the Khazra are stronger to push with but worse at pushing on their own.


TL;DR Protector doesn’t have the vs. structure bonus damage other vehicles have, making it much weaker at sieging and forcing the game to end. Gunner output is underwhelming. Shield on driver is insanely powerful though.

Volskaya Foundry, the newest map in Heroes of the Storm, has had a mixed reception. The primary criticism has been a perceived weakness in the power of the Triglav Protector vehicle. What makes the Protector unique is that it has room for two occupants, a gunner and a driver, who can exit the vehicle or swap seats at any time. This mechanic leads to fun things like heroes solo marching the Protector into the enemy base and then swapping to the gunner seat to start dealing damage. 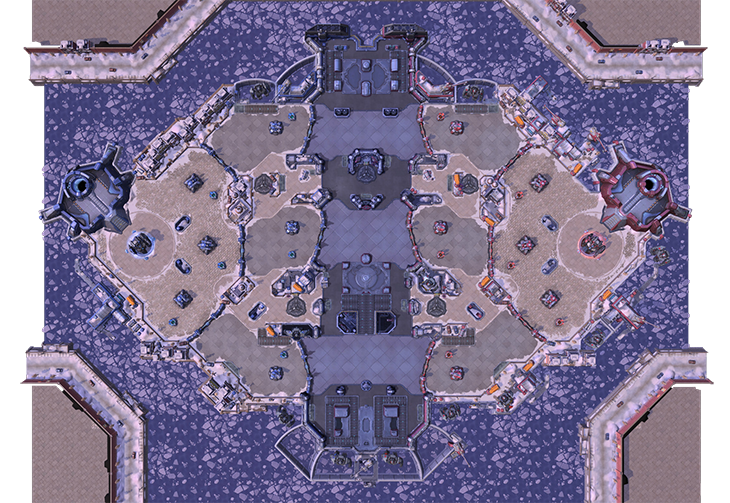 These features, in addition to coordination between driver and gunner, mean that the Protector should be much more effective in coordinated play than in Hero League. The extent to which this is true won’t be determined until at least next spring when HGC 2018 starts, and even then only if HGC teams vote Volskaya into the HGC pool.

To determine the actual strength of the Protector, let’s compare it to other vehicles in HotS to get a baseline starting point of comparison. In terms of durability, the Protector is the strongest with 900 more base HP than the Dragon Knight while maintaining the same scaling and overtaking the Garden Terror at 5:00 in. The Protector also has a defensive ability to gain 25 armor for 3 seconds, a far more useful ability than the questionable DK punt.

To illustrate the issues with the Protector relative to other vehicles, evaluate how long it takes a single pilot in each vehicle to kill the Core at 20 minutes. The Protector does 416 DPS with its basic attacks. Rocket fist adds ~28.6 DPS, and the Charge does 1875 damage every 8 seconds. The charge results in a missed AA for 520 damage, so it adds 169.375 DPS. In total, the Protector’s DPS is approximately ~614. This will take down a 20:00 core in ~53 seconds by itself. 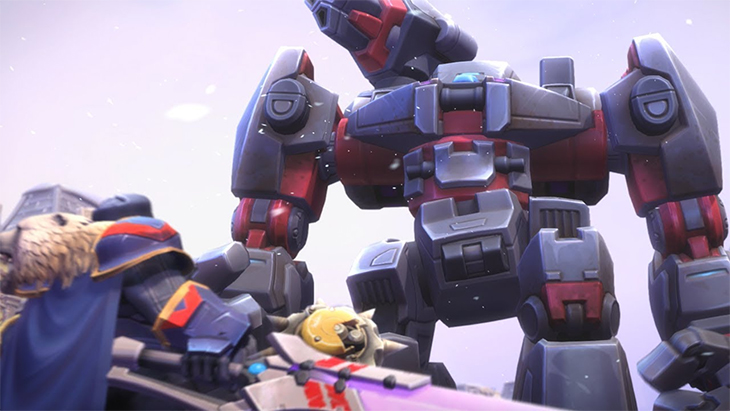 In comparison, the DK does 990 DPS with its basic attacks alone, with the Fire Breath adding 565 damage every 6 seconds for a bonus 94 DPS. A late game DK has 1084 DPS, which can tear through the Core at 20:00 in 30 seconds. The Terror does 1696 DPS with Overgrowth and can take down the Core in only 19 seconds.

The above analysis does not include the contribution of the gunner because the decision to use a gunner requires committing an additional player. To include the gunner, it is first necessary to establish how the Gunner’s spells work.

Particle Cannon: The Gunner’s first ability does 225+(10*minute) damage (525 @20:00) in a 2.5m area. The charge function expands the range from 4m to 19m over 3 seconds. This charge is most useful when approaching enemy fortifications, as the cannon does not gain any damage during this charge up period. The projectile is fairly slow at 21m/s, taking only 0.19s to travel 4m but taking 0.9s to travel the max distance of 19m. Once fired, the Particle Cannon goes on a 4 second cooldown.

Gatling Cannon: The Gunner’s second ability does 360+(28*minute) DPS (920 @20:00) in a small 0.5m area that tracks the Gunner’s cursor. The shots move at 30 m/s and can reach out to 10m. The max travel time is 0.33s. This ability uses the Protector’s energy reserve at a rate of 8 energy per second (1 energy/shot, max energy is 32). This allows up to 4 seconds of continuous fire or a total of (1440+112) * minute damage (3680 @20:00). While not firing, the Protector regenerates 3.5 energy per second, taking a total of ~9 seconds to go from empty to full energy. This ability has no cooldown besides the energy regeneration, but does have a 0.5s delay before the shots start firing. Damage from this ability is reduced by 50% against buildings.

Scorching Laser: The Gunner’s third ability does 75+(3*minute) initial damage (135 @20:00) that sweeps across a 12x1m vector in 0.4375s. This sweep leaves a delayed explosion which does 500+(25*minute) damage (1000 @20:00) after 1 second. The laser’s initial point must be within 10m of the Protector. This ability has a 10 second cooldown and no initial cast time; it does have a 0.25s cast outro time though. The delayed damage can be functionally ignored for hitting heroes, but is a huge amount of damage against structures. 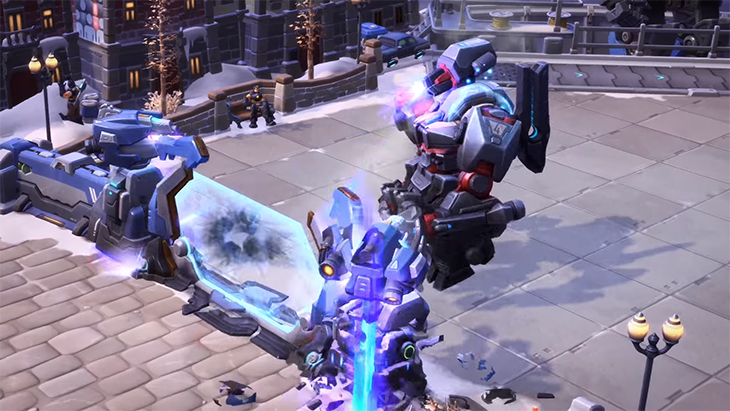 Now to answer the question “How much DPS does a 20:00 gunner add?” For the Protector in melee range, the average charge time on the Particle Cannon should be 0.5s, making the effective cooldown 4.5s. The Gatling Cannon averages out to a full unload every ~13s, and Scorching Laser has a flat cooldown of 10s. The Particle Cannon contributes ~117 DPS, Gatling Cannon ~142 DPS (with the 50% damage reduction against buildings factored in), and Scorching Laser 113.5 DPS for a total of ~373 DPS. Therefore, a fully loaded Protector with optimal ability usage would take down the Core in 33 seconds instead, still slower than a single person in the Dragon Knight!

Despite this clear mathematical weakness, the Protector does have one redeeming feature: its incredibly powerful shield. This shield gives all nearby allies a 450+(50*minute) (1450 @20:00) shield for 3 seconds. A level 20 Valla has ~2900 HP, and this shield would provide over twice as much shielding as a Storm Shield. Even for a level 20 Stitches at 6573 HP, this shield is still 22% of his max HP.

Conveyor belts push in their chosen direction at 2.56m/s. Because base movespeed is ~4.4m/s (4.3984 to be exact), moving directly with or against the conveyor belt is a ~60% slow or haste (58.2%). What’s notable about the conveyor belts is the interactions they have with various effects. 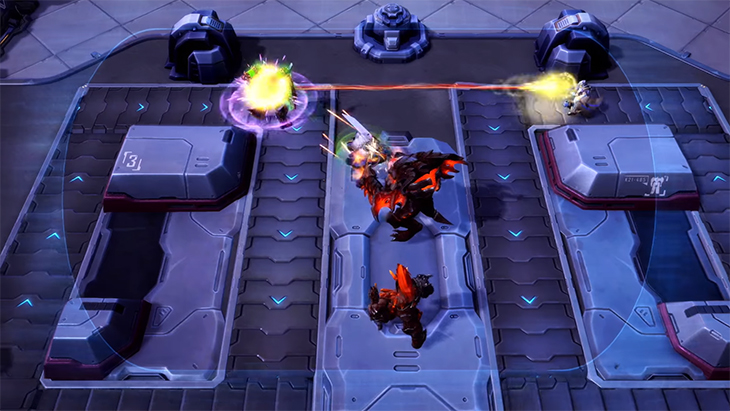 
Special Note: Zagara’s creep will continuously generate creep in the radius around the tumor. This means on the bottom set of conveyor belts the creep circle will constantly generate and rotate around with any tumors placed on the belt.

It will be interesting to see how Volskaya evolves and adapts. There is a clear and present concern that the games will last too long, the culprit of which seems to be the weak scaling of the Protector (and the Gunner in particular). Ordinarily, a full team wipe for both teams on top of an objective will still allow that one person to end the game, but the reward for winning an objective teamfight appears to be a boost primarily to teamfighting power. While this is strong at forcing the enemy team to contest the objective rather than wait for a 5v5 underneath their structures, the objective does not allow a bloody late game fight to truly be decisive compared to maps such as Dragon Shire or Gardens of Terror.
Tagged in: Maps, Math, Volskaya, Khazra, Trooper, Impaler, NPC
Tweet